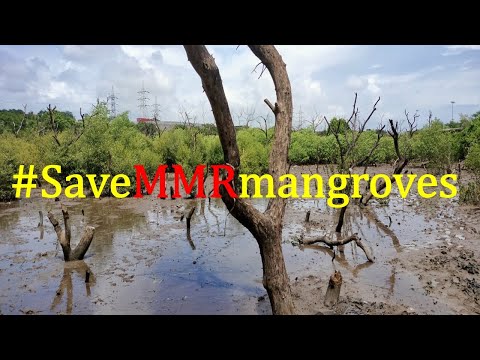 CIDCO will hand over 219 hectares of mangrove stretches  to forest department for conservation, Virendra Tiwari, ED of Mangrove Foundation said

MUMBAI, July 27 (The CONNECT) - Under pressure from the High Court and activists, Maharashtra government agencies have initiated the process of notifying over 1,450 hectares of mangroves as reserve forests in Mumbai Metropolitan Region (MMR), the State Mangrove Foundation has confirmed.

To begin with, CIDCO will hand over 219 hectares of mangrove stretches in Kamothe and Panvel to the forest department for conservation, Virendra Tiwari, additional chief principal conservator of forests, announced. Speaking as the chief guest at an online discussion organized by NGO NatConnect Foundation ahead of the UNESCO-driven International Mangrove Conservation Day which is being observed on July 26, Tiwari said MMRDA has also agreed to transfer 300 hectares of mangroves.

JNPT has also agreed in principle to handover the mangroves under it after ascertaining through a high-resolution mapping by Maharashtra Remote Sensing Application Centre (MRSAC). The port has already confirmed in an RTI response to NatConnect that it has over 913 hectares of mangroves under its jurisdiction.

Tiwari confirmed that while 15 hectares of mangroves has been declared as reserve forest in Panvel area, not a single plant in Uran taluka has been notified.

Delivering the keynote address at the Mangrove Day special session, BNHS Director Dr Bivash Pandav appreciated the activists’ pressure on the officials to keep them on their toes. “Otherwise, the system tends to relax,” he observed.

NatConnect Director  B N Kumar said that, as a matter polity, not a single mangrove should be hacked. Development should not be at the cost of environmental destruction which will destroy the same development.

“Once notified, strict vigil has to be kept on mangroves with CCTV network and Drone surveillance,” he said.

Stalin Dayanand, director of NGO Vanashakti stressed for a holistic approach in mangrove protection by taking care of the habitat conservation. There is a need to ensure that species such as crocodiles and turtles which thrive on mangroves return while conserving the sea forest, he said.

Nandakumar Pawar, head of Shri Ekvira Aai Pratishtan, decried the urban planners’ attempt to take environment for granted and thus neglect it. He cited the scrapping of the River Regulation Zone (RRZ) and the dilution of Environment Impact Assessment and said such policies are detrimental to the environment.

Sunil Agrawal of Save Navi Mumbai Mumbai Environment regretted the absence of accountability on part of the so-called responsible government officials who dilly-dally implementing even Court orders.

Kharghar-based activist Naresh Chandra Singh pointed out that despite the ban on aqua culture in CRZ zones, the practice is rampant in MMR. Environment lover Jyoti Nadkarni said it is important to take local population along the coastal villages into confidence on the importance preserving mangroves.