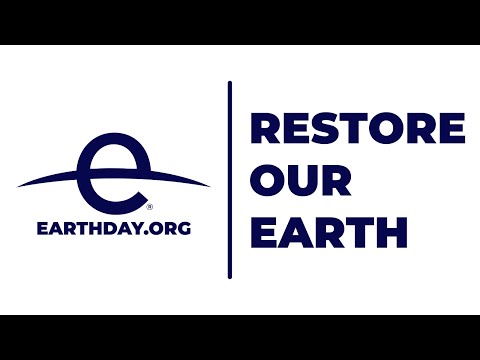 NatConnect Foundation has pafrtnered with Earth Day and launched a campaign to 'Restore Our Wetlands'.

MUMBAI: Partnering the Earth Day 2021, city-based environmentalists have expressed their anguish as Uran wetlands are being destroyed systematically and even the National Green Tribunal (NGT) order to restore tidal water flow to Panje wetland has been ignored.

“It is a sad commentary on our lethargic system that we are forced to keep raising out voice to restore our wetlands,” said B N Kumar, director of NatConnect Foundation, which has partnered the UN body’s Earth Day being observed on April 22.

The activist, in his tweets and mails to the Chief Minister, regretted that even a week after the National Green Tribunal (NGT) order, the five tidal water inlets to the 289-hectare Panje wetland in Uran across Mumbai harbour continued to blocked.

“Shocking,” said Debi Goenka, Executive Trustee - Conservation Action Trust, in his tweet on NatConnect’s post: “It is amazing that some of the Maharashtra Govt officers are not only ignoring Court Orders but even Orders of their Ministers.”

Local planner state government-owned CIDCO and Raigad district collector are yet to act and the green groups have repeatedly approached the Chief Minister who in turn asked the Environment Department to look into the issue, Kumar said.

“The sad part is that even the Environment Director’s order issued six months ago to ensure non-stop water flow to the wetland have been virtually thrown into the dustbin,” he said and recalled that this inaction has forced activist Nandakumar Pawar, head of NGO Shri Ekvira Aai Pratishtan, to move the NGT.

Much against the ‘Restore Our Earth’ messaging from the Earth Day platform, authorities and project proponents in Mumbai Metropolitan Region are hell bent on destroying our wetlands and mangroves, Kumar said.

Concurring, Pawar said every business organization has its right to make profits, but this greed of CIDCO is unpardonable. All across Uran and other parts of Navi Mumbai, the planning body seems to blindly going ahead with so-called development at the cost of the environment.

Kumar and Pawar have requested the Chief Minister Uddhav Thackeray and Environment Minister Aditya Thackeray to intervene now so that the government will not have to repent later. #TomorrowMayBeTooLate, said NatConnect’s social media campaign.

Pawar pointed out that Uran villages have been reeling under unseasonal floods even the months of March and April, yet the government agencies sadly do not realise the importance of protecting lives and livelihoods.

In his letter and tweets to the CM and Environment Minister, NatConnect wondered as to why the alert citizens are often forced to move courts. “Why should we bother courts about such issues,” he asked and pointed out that Bombay High Court alone has over 4.5 lakh pending cases as per media reports.

“The government officers are being paid from the tax payers’ money and each and every one us pay taxes in form or the other – from GST to income tax,” Kumar said and requested the government to make its officers accountable.