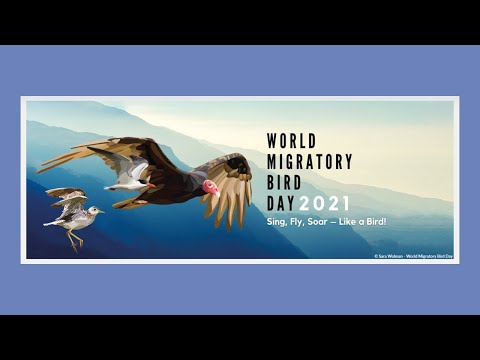 NAVI MUMBAI: Digging up a decision taken by the Devendra Fadnavis Government approving three bird sanctuaries including the ones at Panje-Funde and TSC-NRI Wetlands in Navi Mumbai, environmentalists have asked the Thackeray government to adhere to the nod and save the biodiversity of Mumbai Metropolitan Region (MMR).

Green groups for long have been fighting to conserve Panje and TSC-NRI as bird sanctuaries much against the local urban planner CIDCO’s decisions to bury the biodiversity to make room for concrete jungles.

NGO NatConnect Foundation has taken out a Facebook post by Devendra Fadnavis on the official CMO page dated December 4, 2015 that says the 10th meeting of the State Wildlife Board chaired by the Chief Minister himself “approved 3 Bird Sanctuaries in Mumbai region (Mahul Shivdi, TSC land near Palm Beach & Panje-Funde), which will help in conservation of Flamingo”.

The board also gave approval to Mumbai Trans Harbour Link (MTHL) and now this proposal will be forwarded to National Wildlife Board. Mitigation measures suggested by Bombay Natural History Society were taken into consideration before giving approval to MTHL project, the post by Fadnavis reads.

“This piece of information is almost hidden as no one was talking about it,” said B N Kumar, director NatConnect Foundation.

“We, therefore, requested Thackeray to go ahead with his predecessor’s decision and make this announcement as the World Migratory Bird Day (WMBD) gift to Mumbai Metropolitan Region (MMR),” Kumar said.

Meanwhile, BNHS has once again supported the Panje and TSC-NRI bird Sanctuaries. In fact, Society director Dr Bivash Pandav mooted a proposal for a comprehensive Urban Biodiversity Plan for the entire MMR. Participating in a WMBD webinar on ‘Birds and Biodiversity’ organised by NatConnect, Dr Pandav vociferously batted for saving “whatever biodiversity that we are left with”. He will take up the issue with the Chief Minister and the Environment Minister, he said.

With this, the government should also scrap all plans to convert Panje Wetland into a concrete jungle and the TSC-NRI wetlands into a golf course and save MMR’s biodiversity, Kumar said.

The Maharashtra Coastal Zone Management Authority (MCZMA) has already declared that Panje wetland falls under CRZ-1 that bans construction within 50 metres of the hightide zones.

“It is sad that CIDCO though a government-owned planning body has overlooked all the proposals to conserve the wetland has leased out most of it to NMSEZ,” said Nandakumar Pawar, head of Shri Ekvira Aai Pratishtan.  CIDCO also covered the entire 289 hectares as sectors 16 to 28 as part of the Dronagiri Development Plan for which it has no Coastal Zone clearances as was revealed in responses to our RTI applications. The dichotomy is that CIDCO itself treats Panje as a holding pond, part of the flood control mechanism for Dronagiri, yet it wants to develop real estate on the wetland, Pawar said.

In fact, Dr Pandav said his team was prevented by NMSEZ security guards from visiting Panje wetland recently “though we had CIDCO’s official permissions”.

Sunil Agrawal of Save Navi Mumbai Environment platform who has won a High Court battle to save the TSC-NRI wetlands, regretted that CIDCO has been hoodwinking the various regulators by lying that the wetlands do not exist.

“Now that we have this State Wildlife Board clearance headed by none other than the then Chief Minister himself, there should be no further ambiguity or delay in formalising the decisions on the three bird sanctuaries,” Kumar added.