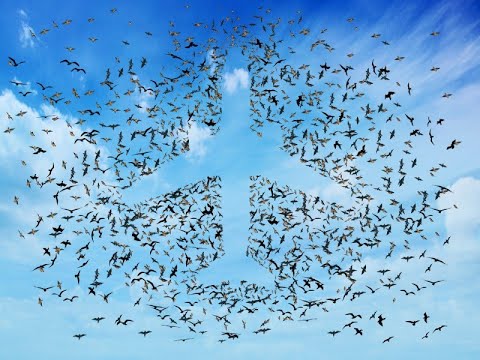 Crisis in the ‘air’ blooms amid rampant wetland burial

NAVI MUMBAI: In a World Environment Day caution, activists have said that the rampant destruction of wetlands and mangroves in Uran under the guise of development has begun to create a tussle among hundreds of thousands of migratory birds, thus forcing them to land in the upcoming Navi Mumbai International Airport (NMIA) area for nesting and roosting.

As the nature research body BNHS has cautioned way back in 2015, the destruction of wetlands by JNPT, NMSEZ and CIDCO is already forcing the birds to fly around in search of ideal location for nesting and roosting. “Please do not treat these appeals and warnings lightly and as routine affairs since the situation is getting very serious,” said the campaign initiated by NGO NatConnect Foundation addressed to Prime Minister Narendra Modi and Chief Minister Uddhav Thackeray.

“It is no rocket science, we can see the disappearance of birds from the traditional destinations such as Panje, Bhendkhal and Belpada wetlands in Uran and their newly found habitats elsewhere in the city,” said B N Kumar, director NatConnect Foundation.

Describing migratory birds as ‘ambassadors of environment’, the activists have called for restoring their habitats, the wetlands in line with the Environment Day theme #GenerationRestoration.

BNHS, which has been studying the bird flight pattern, said in its latest reports to the government that the bird-hit threat is on the rise as the wetlands are being destroyed and the birds have begun to land in the airport project area.

“We need to conserve whatever little biodiversity that is left and restore the major wetlands such as Panje,” said Dr Bivash Pandav, director of BNHS. “We have to convince the planners to spare this part of the area as it supports biodiversity,” Dr Pandav said as CIDCO drew up development plan to create a township on the wetland.

CIDCO has been misquoting the BNHS as saying that the area near the airport should be made “unattractive to birds”. BNHS said this in a totally different context when CIDCO planned to develop a mangrove park near the NMIA. BNHS, on the contrary, has been saying the wetlands in 10 km radius must be maintained to confine the birds to their traditional habitats, a BNHS official explained.

A recent spotting of a bird, tagged by BNHS three years ago, proves again the fact that the migratory birds have the habit of site-fidelity, meaning they keep returning to the place they are used to. It is, therefore, important to maintain the birds’ traditional destinations and not to play with them, the official said.

The Maharashtra Mangrove Cell, the High Court-appointed Mangrove and Wetlands Committee, State Wildlife Board and 130-year-old nature research body BNHS are all keen to protect take up Panje as a conservation project but only CIDCO is adamant to bury the sprawling wetland for creating concrete jungle, Kumar said.

The Maharashtra Coastal Zone Management Authority (MCZMA) has declared at Bombay High Court that Panje holding pond is a CRZ-1 property and as such there can be no construction on the wetland. State Environment Minister Aditya Thackeray issued orders banning any construction on Panje wetland. Yet, CIDCO appears to hellbent on burying the wetland in the name of “mindless development”, Kumar said.

The nearly 300-hectare Panje wetland, which used to attract up to 200,000 birds, has been dried out with the blockage of free tidal water flow which has not yet been restored despite the orders from the National Green Tribunal and the State Environment Department, said Nandakumar Pawar, head of Shri Ekvira Aai Pratishtan.

CIDCO has itself been saying at various courts that Panje wetland is a holding pond as part of the flood control mechanism for upcoming Dronagiri, yet it has leased out the biodiversity area to Navi Mumbai SEZ of which the planner is a 26% partner, Pawar said asked: “If this is not a mindless act, what else is?

The activists appreciated Chief Minister Uddhav Thackeray for his World Biodiversity Day message to draw a line between development projects and preserving nature.

“Now it is the question of the last mile smile that the CM has to ensure to declare Panje wetland as a conservation project,” Kumar said. “This should not be too difficult at all for Thackeray since CIDCO is also a government agency and the Chief Minister is an avid environment lover,” the activist said.

In this connection, Kumar recalled that the forest department prevailed upon the government not to allow CIDCO to further plunder Parsik Hills in Navi Mumbai in the name of quarrying.

Virendra Tiwari, Additional Principal Chief Conservator Of Forests – Mangrove Cell, said his organization is keen to conserve Panje, along with wetlands at Belpada, Bhendkhal, TSC, NRI Seawoods and Bhandup as part of the extended Thane Creek Flamingo Sanctuary as proposed by BNHS. But CIDCO was not keen to handover the water bodies to Mangrove Cell claiming that these are not wetlands. Tiwari has once again written to BNHS to clarify the status of the wetlands.

The State Wildlife Board has on December 4, 2015 itself cleared a BNHS proposal to protect Panje as a bird sanctuary and then Chief Minister Devendra Fadnavis made a public announcement of this, Kumar pointed out. NatConnect has brought this to the notice of Thackeray who in turn asked the Environment department to take this forward.

Apart from the birds, “Panje also supported the local economy as the fishing community depends on the wetland but CIDCO’s mindless action in planning concrete jungle there has denied the constitutional rights of the local people,” said Dilip Koli of Paaramparik Machhimar

Pawar too, therefore, appealed to Thackeray to overrule CIDCO and save Panje wetland as a conservation project and hand it over to the Mangrove Cell.